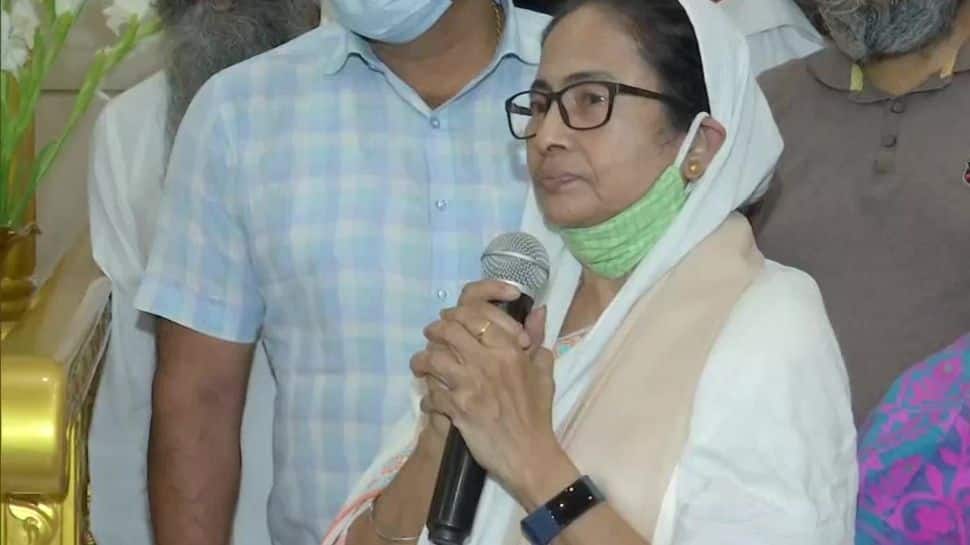 In an effort to reach out to the sizeable Sikh community in Bhabanipur constituency, where the TMC supremo will contest a bypoll on September 30, she visited a Gurudwara in the area and interacted with the locals.

“I share an excellent bonding with the brothers and sisters of the Sikh community. Even members of my family are regular visitors here,” she said.

Speaking on the farm laws, Banerjee added, “I have already extended my support to the farmer’s movement. We (TMC) have already demanded that these three farm laws be withdrawn. We won’t tolerate any injustice on farmers.”

We fully support the farmers’ movement. The Centre should withdraw the three farm laws: West Bengal Chief Minister Mamata Banerjee at Gurudwara Sant Kutiya in Bhabanipur ahead of bypolls pic.twitter.com/NUlCpFHFIY

Bharatiya Janata Party (BJP) has fielded advocate and leader Priyanka Tibrewal from the Bhabanipur constituency against the West Bengal CM. Banerjee, who is herself a resident of Bhabanipur, had won the seat  in 2011 and 2016, and later shifted to the Nandigram seat. She lost Nandigram seat to BJP leader Suvendu Adhikari, her earlier aide in TMC, by a slight margin in the Assembly polls this year. The TMC chief has to win the Bhabanipur seat in the bypoll to continue as the CM of West Bengal. The counting of votes will take place on October 3.

During the West Bengal Assembly polls held in April-May this year, leaders of Samyukta Kisan Morcha (SKM), which is spearheading the farmer’s movement against the farm bills, had campaigned against the saffron party. Bharatiya Kisan Union (BKU) leader Rakesh Tikait in Nandigram had urged people not to vote for the BJP and instead cast votes for a candidate who can defeat BJP.